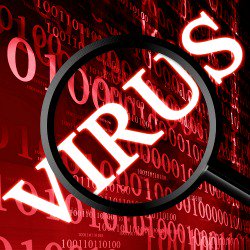 Do you remember Heartbleed and all the chaos it caused? No one seems to have accurate estimates of the total damage it caused, but one cloud vendor found that it cost them around $400,000 in lost network bandwidth.

It seems like you hear of a new virus that’s going to destroy the Internet almost every week. And one of the newest Computer Virus is the “Bash” bug virus (also called “Shell Shock”). How Much Damage Could the “Bash” Bug Cause? It’s hard to know exactly at this point, but it could be quite a bit. Its allows cyber criminals to do whatever they want once the virus is active. It works on Linux-based servers, and about 70% of all web servers are based on Linux, says a recent CNBC article.

It sounds like a problem for web administrators. But once hackers have control of web servers, they can attack whomever they want. So that could be your legal firm and your clients too. Stealing their private information and holding it for an amount of ransom isn’t out of the question at all. The “Bash” bug also affects all devices running Mac OS X. Android phones, routers, and even some medical devices can be affected as well.

What Can Your Law Firm Do About This?

Unfortunately, you can’t do much about it at all. Anti-virus, anti-malware – they do nothing to help your cause in this case. If your server, or a server that provides service to you becomes affected, all you can do is let things unfold.

You can, and should voice your concerns to your server administrator. And you should talk about this with any technological services you get from other companies (like website hosts). As they say, “the squeaky wheel gets the grease.”

What Needs to Be Done?

Currently, there is a patch available that makes this security threat more difficult for hackers to exploit. A more comprehensive patch that makes it nearly impossible is in the works. Without the patch in place, it’s pretty simple for hackers to unleash this attack on your computer network, and it causes a lot of damage when in the wrong hands.

How Concerned Should You Be About the General Security of the Internet?

You should be highly concerned. Even though severe hacks happen to millions of people every year, and you don’t seem to be one of them, that doesn’t mean you won’t get attacked someday. Amazingly, the “Bash” bug exploits a vulnerability that has been in Linux for nearly 25 years and was just discovered now!
That’s just some information you should know about “Bash” Bug. It could be the next big thing data security threat cause havoc on the Internet.