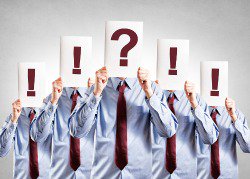 Nobody wants to spend money on upgrading a server or moving to another solution when the one they use works so well. But with the End Of Support for SBS 2003 looming, it is, sadly, not really a choice.  I believe that this conversation on Microsoft’s TechNet sums up perfectly what many SMB’s are asking right now about moving off of SBS 2003:

Q. Hi. We run a smallish firm (network of about 16 computers plus server) with SBS 2003 and Microsoft Exchange Server. I appreciate that it is all getting long in the tooth, but as a legal firm, it does everything we want and operates perfectly. Our server is running very well, we have had zero problems with it, unlike previous servers which we had had issues with.
Our IT providers are pushing the panic button because of the cessation of support for SBS 2003 in July 2015. According to them, the world will come to an end and there are essentially hordes of evil hackers just waiting for that date to attack SBS 2003 users. That’s a slight exaggeration, but close to the mark.
I’m reluctant to move from something that runs perfectly at zero cost to something that might not at significant cost, especially if it involves the cloud. But those suggestions to the IT people (who are desperate to sell a new server even though the current one runs like a dream) meet with almost hysteria. I’ve tried searching to find out what the real risks and probabilities are, but nearly all of the fearmongering on the web is put up by hardware sellers. It might not be fearmongering, it might be completely true, but essentially there are two beneficiaries to all of this, hardware vendors and software providers, and I’d rather get a rational assessment from someone other than that.
Could anyone point in in the right direction for an assessment of the risks, and options for replacement?

The experts agree to move off of SBS 2003

There are numerous replies to this question on the forum, but they all pretty much say the same thing… It is time to plan to make the switch. Here is one that sums up the response nicely:

A. I will have to side with your IT providers. The big question you have to ask yourself, could you run your business if something were to happen? How much more would it cost you, financially and business functionality if your server were to go down?
I do completely understand about the ideal of not fixing what is not broken, to a point. If it was that old inkjet printer sitting on your desk, ok, that old CRT monitor, ok, but your server, which is mission critical, that raises doubt and it is not worth the risk. I highly doubt that the day MS drops support anything will happen, but you should plan to replace it not too long after, also not to mention, your server has probably been in production for awhile, hardware doesn’t last forever. For all of my small businesses, that I provide support for, have a budget, that I setup for them and each month they put money aside for instances like this.

Also something else to keep in mind, old hacker and malware code is starting to make a comeback, some code that is older than 10 years, much like what your SBS 2003 was built off of, prime example is heartbleed. So another thing to keep in mind, after the July 2015 date and MS does find a vulnerability, you will not got patched/updated.

If you have a good UTM (Unified Threat Management) device and a good updated AV solution, and current workstation OS’, then I say you can buy yourself some extra time, but budget to replace it.